This was a six day cruise taken in November 2016 on the MSC Poesia visiting Messina in Sicily, Valletta in Malta, Barcelona in Spain and Marseilles in France before disembarking in Genoa, Italy. We flew to Italy two days early to visit Sorrento and Pompeii.

We were booked to fly to Naples airport with Easyjet but missed our flight. As all available flights to Naples were booked we decided to take a flight to Milan and then take the fast train from Milan to Naples.

We eventually arrived at our hotel, Casa Dominova in Sorrento eight hours later than originally intended.

After a good night’s sleep we got up and had breakfast before walking to Sorrento train station and taking the Circumvesuviana train to Pompeii. The entrance to the huge archaeological site is just a short walk from the Pompeii station.

After entering the site we used the map we had been given to try to decide the most logical way of viewing the huge site. 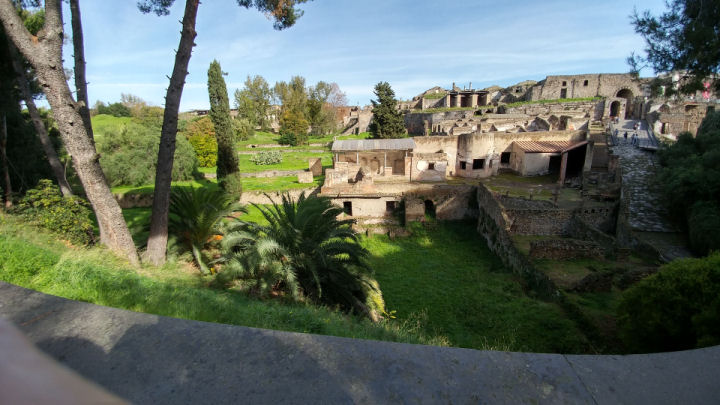 The city of Pompeii was buried after the Volcano Vesuvius erupted in AD 79. Fairly near the entrance there is video showing a reconstruction of what happened to the city. 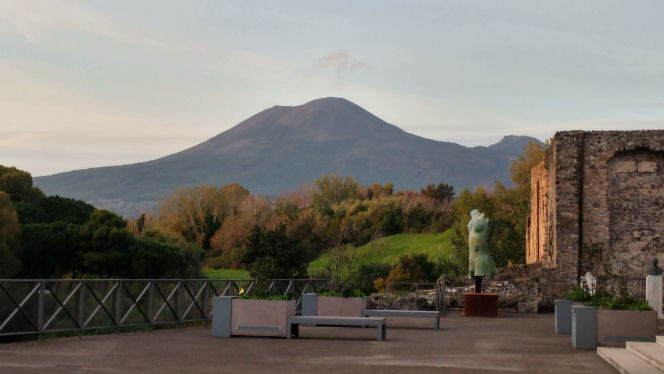 We were a little concerned to look up at the volcano and see smoke coming from the top. But then we realised it was just a cloud.

The city lay buried beneath tons of volcanic ash until excavation began in 1748. Much of the city remains exactly as it was 2000 years ago including wall paintings. 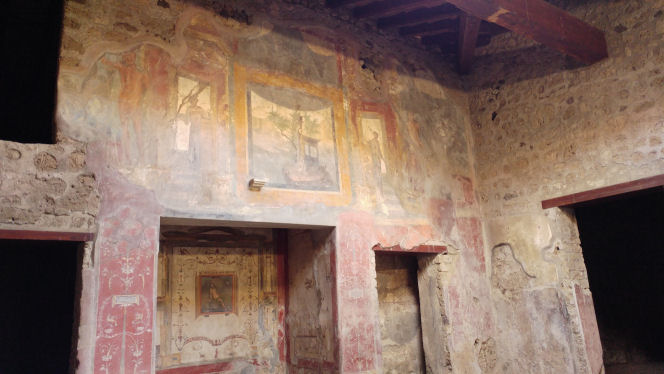 We spent the whole day at the site and although we saw most of the main areas there were still some streets that we did not see.

We took the train back to Sorrento and spent some time wandering around the streets before going back to our hotel.

The following morning we got up and took the Circumvesuviana train to Naples then took the Metro to the port where we were to board our ship.

We boarded the ship at Naples port in the late afternoon and after doing the usual safety procedures unpacked our suitcases. We got changed, had dinner and watched the show before having an early night.

We got off the ship and crossed the main road then headed to the main square. There we saw a line of dotto trains so decided to buy a ticket and have a tour of the city after the clock tower show. We had a look around the church while we waited and were shocked to see that rather than providing candles for people to light, the church had a slot machine which activated a battery-operated candle.

Back outside we waited with the crowds for the 12 noon bell tower show. 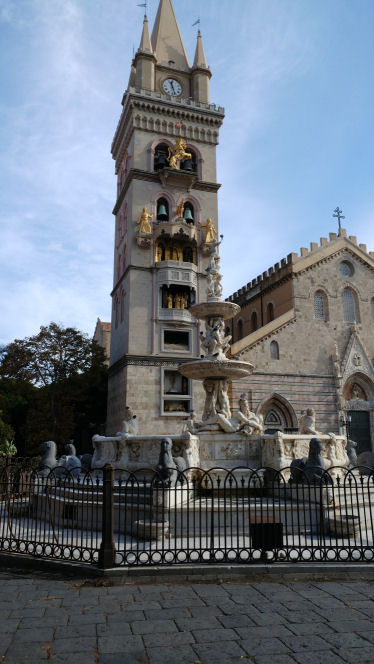 The show features music, a crowing cockerel, a roaring lion and a procession of saints and lasts for around 20 minutes.

After the show we boarded our dotto train for our tour of the city. Although the view from the top of the hill was quite nice there was little else of interest so after returning to the square we made our way back to the ship.

We only had a short while in port so decided to walk along the coast to the Upper Barrakka Gardens. 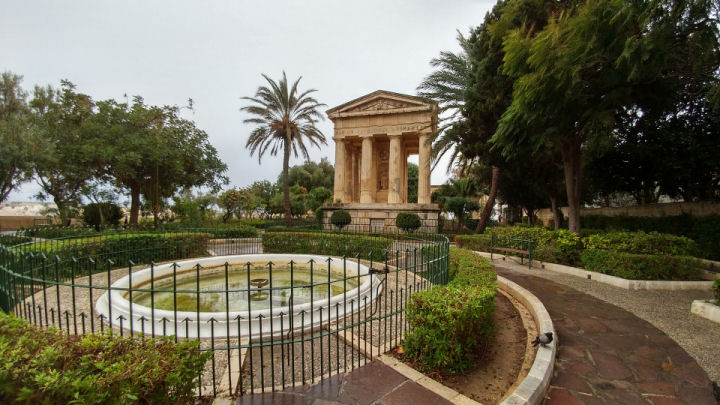 After walking round the gardens we carried on to the fort then head back to the town centre past Saint John’s Cathedral. 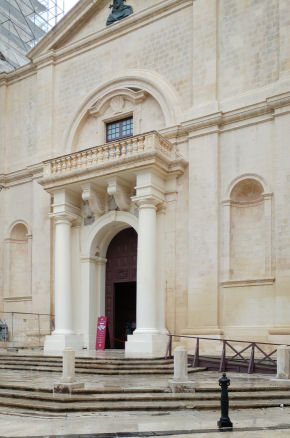 As you had to pay to go inside the cathedral and there was  a long queue we decided not to bother and went for a coffee instead. We then returned to the boat for lunch then had a relaxing afternoon reading.

We were not due to dock at Barcelona until 2pm so we had a lazy morning on the boat. As the ship docked we realised that we were some distance from the city itself so we decided to get the MSC shuttle bus into the city. We then got the hop on hop off bus which cost 24 euros but is a great way to see the city if you have limited time. We wanted to see Gaudi’s architecture so got off the bus to have a closer look at Casa Milo, Casa Batllo and Sagrada Familia. 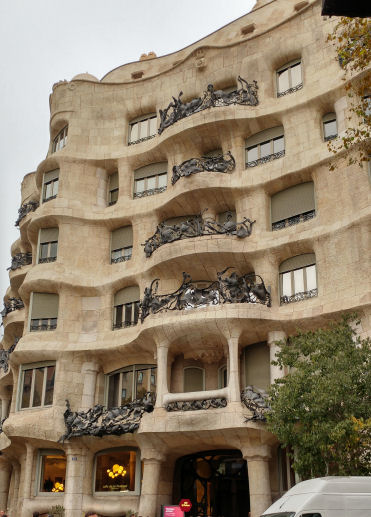 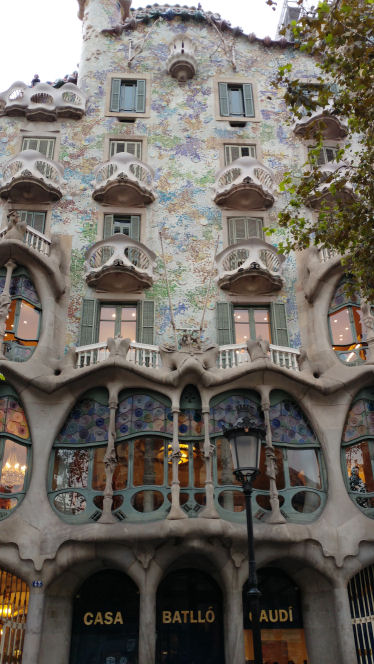 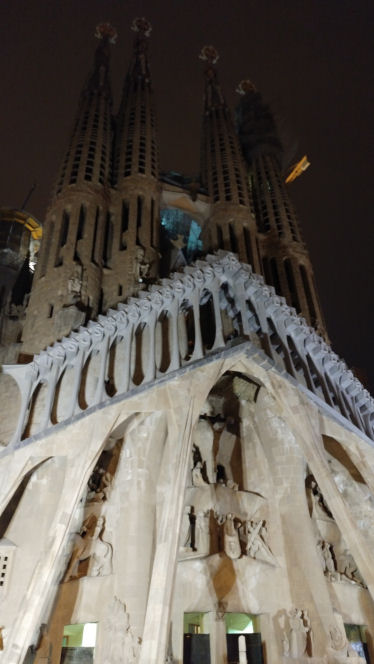 The following day we docked in Marseilles, France but as it was pouring with rain we decided to stay on the boat and have a last relaxing day before travelling back home the next day.