This was a short four day break taken in December 2018.

We flew from Gatwick, London to Prague with Easyjet arriving in Prague at 11.30am. We took the 119 bus to Divorka Sarka then the number 20 tram to Ujzed. After checking into our hotel, Ukrize, we walked to Charles Bridge. 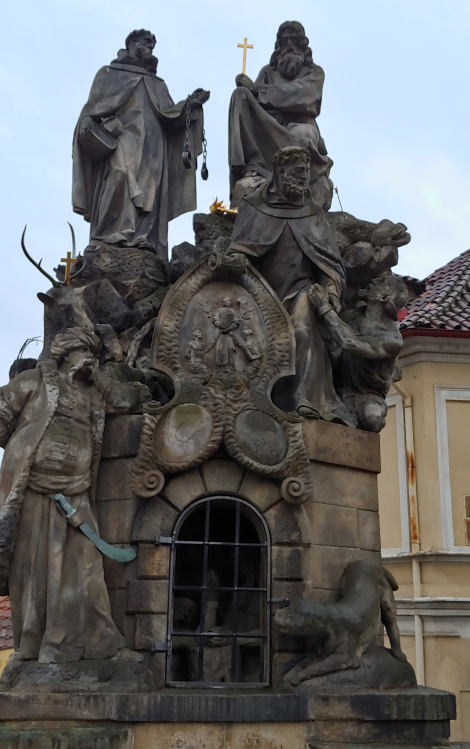 There was a small Christmas market under the bridge so we went and had a wander around the stalls. 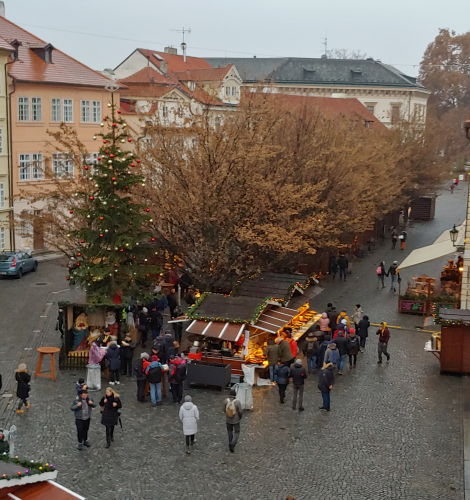 We then walked to Legi Bridge where the view over the river was spectacular.

After stopping to admire the view we carried on walking to Wenceslas Square where there was another Christmas market to wander around. It began raining so we headed back to the hotel where we chose to eat traditional Czech food in the hotel restaurant.

Today we had hoped to take the funicular to the top of Petrin Hill but it was closed for repairs so we decided to walk. Although it took us a while we made it to the top where the view over the city was spectacular.

Afterwards we stopped at the Nebozizek Restaurant just below the top of the hill where we enjoyed a lovely cup of coffee and a slice of lemon cheesecake. Feeling refreshed we walked back down the hill and then headed to Charles Bridge where we managed to buy a tram ticket. After stopping for refreshments we then took the tram to the Hybernia theatre where we had tickets to watch The Nutcracker. 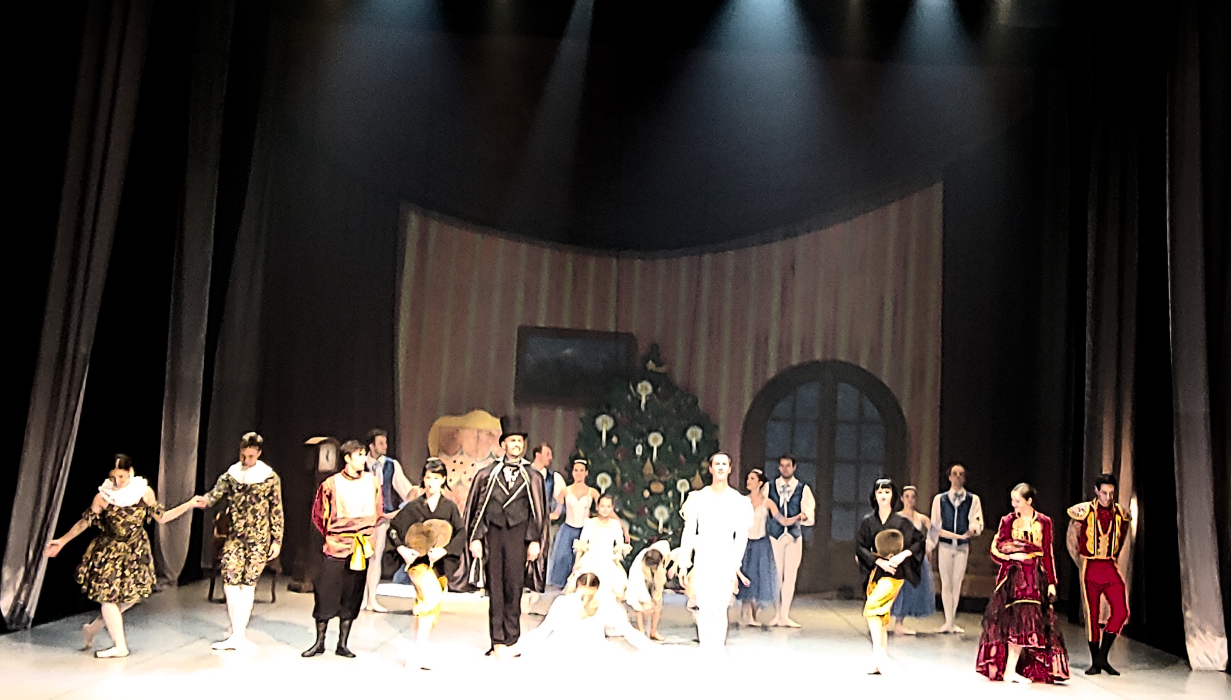 After watching the ballet we made our way to the Old Town square where we wandered around the Christmas market and enjoyed some tasty street food.

Today we left the hotel and walked to the Church of Our Lady Victorious to see the statue of the infant Jesus. Afterwards we took a tram to Prague Castle arriving just in time to see the changing of the guard at 12 noon.

We had a wander around the castle and stopped for refreshments in the cafe. Afterwards we visited St Vitus Cathedral which is adjacent to the Castle. Then it was back on the tram for a visit to the Lennon Wall. This is a piece of wall covered in graffiti dedicated to John Lennon.

After taking some photos we found another tram to take us to the other side of the city where we visited the memorial to the victims of the Heydrich Terror. Located on the outside of the orthodox church of St Cyril and Methodius bullet holes and a hole in the wall have been turned into a memorial. Inside the church display boards tell the story of the assassination of Nazi Reinhard Heydrich by two Czech paratroopers and the recriminations on the people of Lidice following his death. 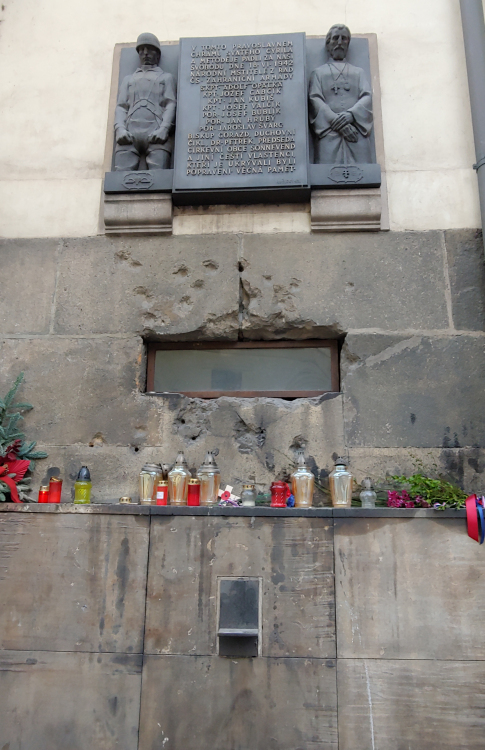 We also visited the Hunger Wall, an art installation depicting people wasting away from hunger until they vanished without a trace. 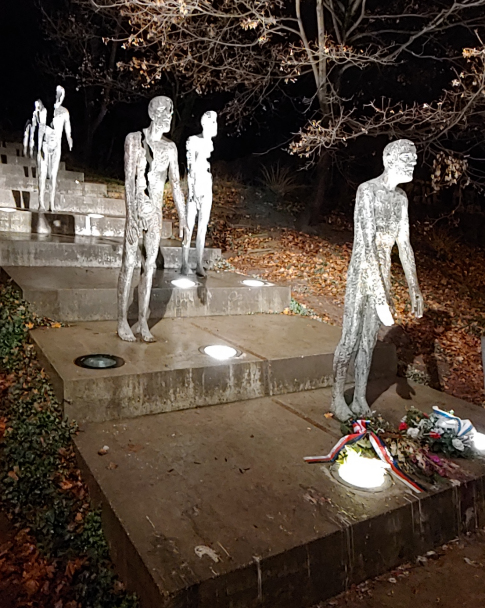 After checking out of the hotel we revisited the Christmas markets and watched the astronomical clock strike the hour. 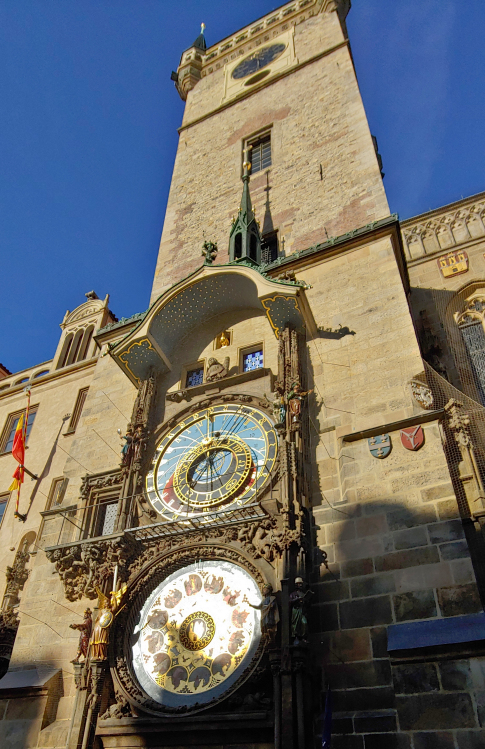 Afterwards we headed across town to try our hand at the Mind Maze escape rooms. We did our best but failed miserably. We then returned to our hotel to collect our luggage before taking the tram to the airport for our late night flight back to London