This was a short break trip made in the Summer of 2009, book with www.escape2poland.com. We flew with Ryanair from Stansted to Krakow and then took a taxi to our hotel on the outskirts of Krakow.

We had arrived quite late the previous night, so we had a leisurely start to the day before walking to Krakow’s main square. 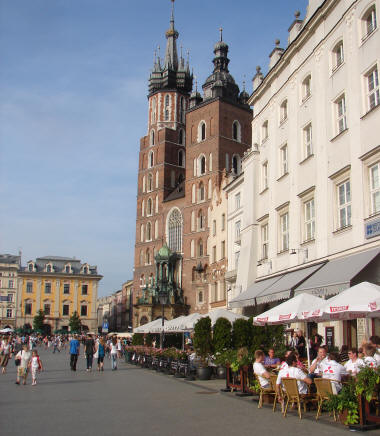 Krakow boasts the largest medieval town square in Europe. It dates from the thirteenth century when it was used as a market square. In the centre of the square is a covered area which was originally a cloth trade centre but now houses varies stalls and souvenir stands.

All around the square are restaurants with outdoor seating under umbrellas. The food and beer was good, if a trifle expensive, but the surroundings were lovely so we didn’t mind too much. 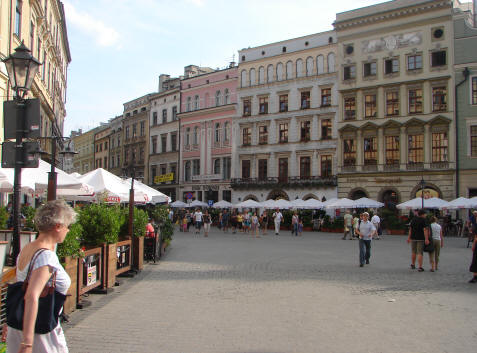 We had booked a guided tour of the Jewish Quarter, the Ghetto region and Oskar Schindler’s factory. Our guide collected us in a taxi and took us to the centre of Krakow where we walked a short distance to the Jewish Synagogue. 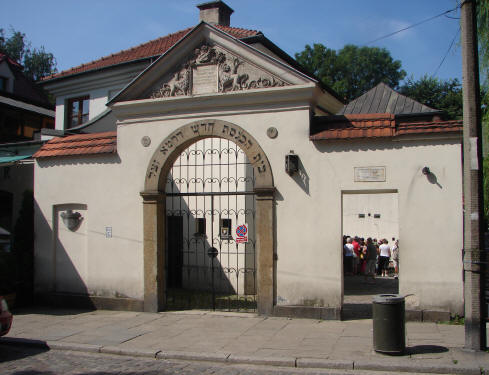 Afterwards we visited the Catholic Church that is featured at the beginning of the film Schindler’s List where Oskar Schindler meets Jewish moneylenders. 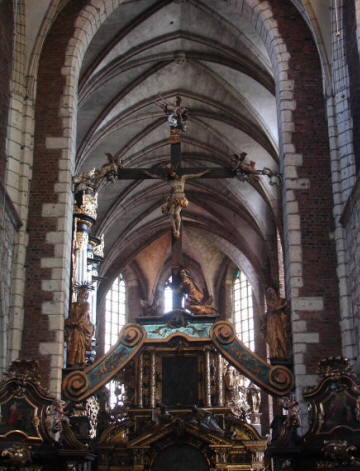 Leaving the church we entered the Jewish district and immediately recognised the area from the film. We were told that the area is largely untouched architecturally and much of the area is still inhabited. We sat in a little cafe opposite a staircase to soak in the atmosphere. 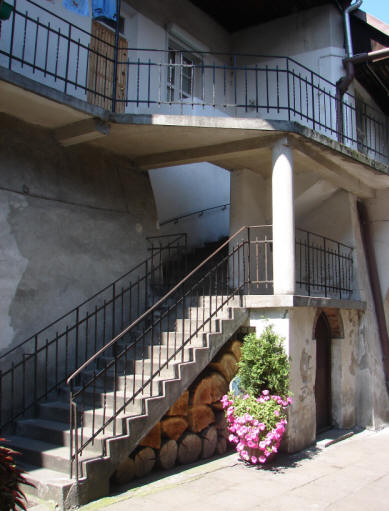 After refreshments we headed to the other side of the river where the ghetto was located. The square where the Ghetto inmates were lined up by the Nazis for ‘selections’ has been left undeveloped. A number of large oversized chairs that represent absence or departure have been placed in the square. The original pharmacy building has been turned into a small museum. It is filled with photographs and letters that date from World War Two. 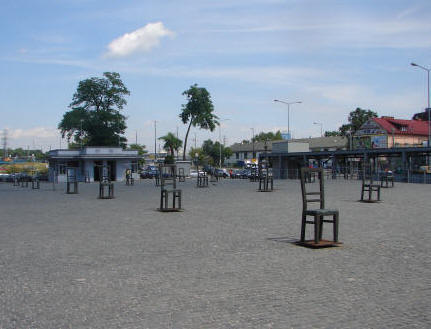 A short distance from the square is the entrance to Oskar Schindler’s enamel factory. The building has been preserved in its original form and it is possible to pay to go inside. 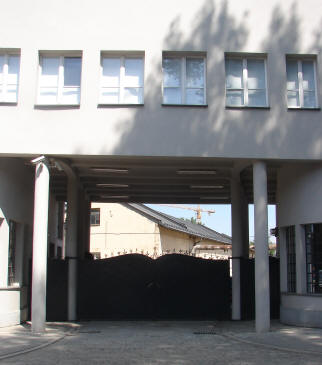 The nearby site of the Plaszow concentration camp is commemorated by a large granite monument. 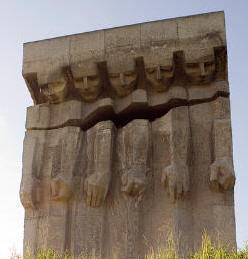 Sadly, much of the area this side of the river is neglected and unvisited by the many tourists that visit Krakow. Given that many of the people that come to Krakow to visit Auschwitz it would seem that this is due to a lack of knowledge of the area rather than a general disinterest. 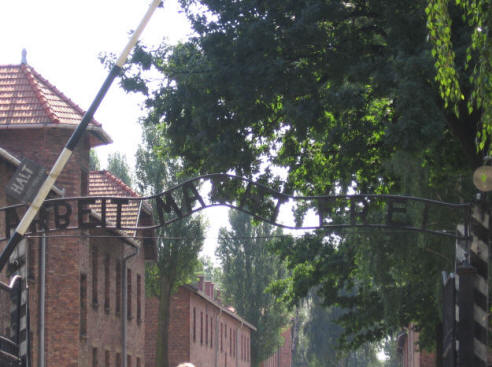 We had booked ourselves on an organised tour for this trip and we were picked up from our hotel by a minibus.
On the way to the camp we were shown the original footage shot by the Russians on discovery of the camp in 1945.

We were allocated to a guide at the entrance to the camp and given headsets to wear so that we could all hear what she was saying without her having to shout. 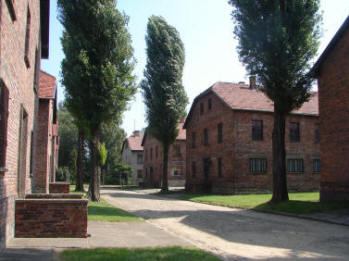 We were shown around most of the camp and given details by our guide who had a good historical knowledge. It was very moving and emotional throughout but the piles of shoes and hair were particularly sad. 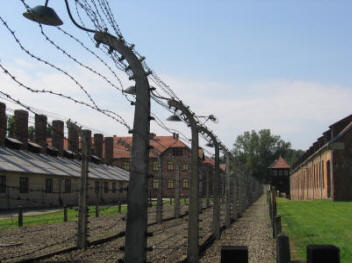 We were at the camp for around two hours before being taken to Birkenau but I would have liked more time for reflection. 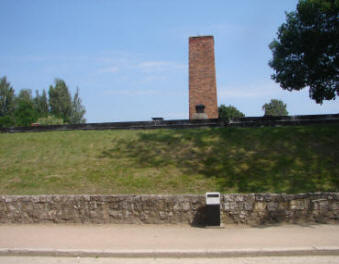 We returned to our minibus to be taken to Birkenau. We entered via a back entrance which, we were told, minimised the amount of walking. The iconic Gate of Death entrance to Birkenau stands stark against a clear sky and left us speechless.

The trains carrying Holocaust victims from all over Europe entered through the centre arch known as the Gate of Death.

The trains stopped at platforms where those onboard went through the infamous ‘selection’ process. Those who were considered fit enough to work were taken to cold inhospitable barracks. 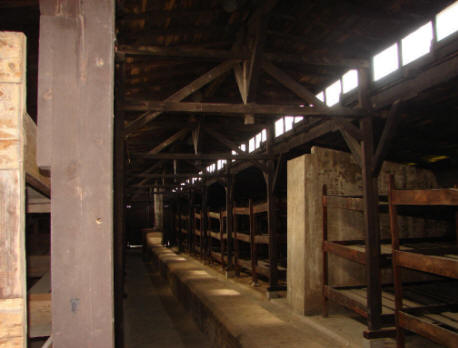 Those who were too young, old or sick were taken straight to gas chambers disguised as shower rooms. Their bodies were burnt in crematoria. The picture (below) shows the remains of a crematorium at Birkenau. 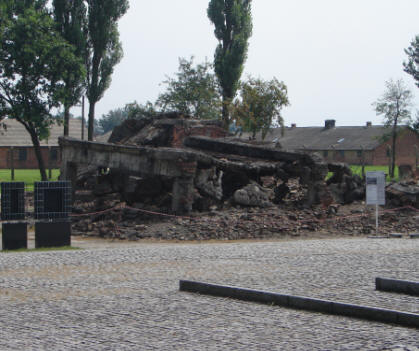 After walking the length of the train track we found our minibus waiting for us in the outside car park. Hardly anyone spoke on the way back, everyone was lost in thoughts and quiet reflection on this long, emotional day.