This was a seven day solo trip taken in December 2017, booked online with TUI travel, staying at Pestana Garden Village Resort in the capital city, Funchal.

After leaving home at 4am to get to airport for 7.50 flight I reached my hotel, Pestana Garden Village resort at 1pm. After checking in I went out to find a supermarket and buy some supplies. My room had a kettle, a two-ring hob and one cooking pot so I decided to make trying to cook with limited facilities part of my holiday adventure.

After having soup and sandwiches for lunch I went for a wander around the hotel complex and grounds. I was too tired to do much else so spent the rest of the afternoon enjoying the view from my balcony, reading and relaxing before having an early night. 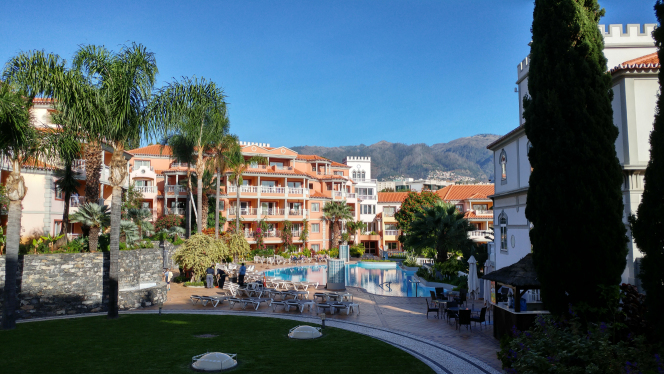 After breakfast in the hotel dining room I decided to walk to Funchal city centre. I walked along the coast past the port where a cruise ship had docked earlier. Just past the cruise terninal is a life size statue of the footballer, Christiano Ronaldo, who comes from Madeira. I walked along the coast to the cable car station then headed inland to the Madeira Story Centre. 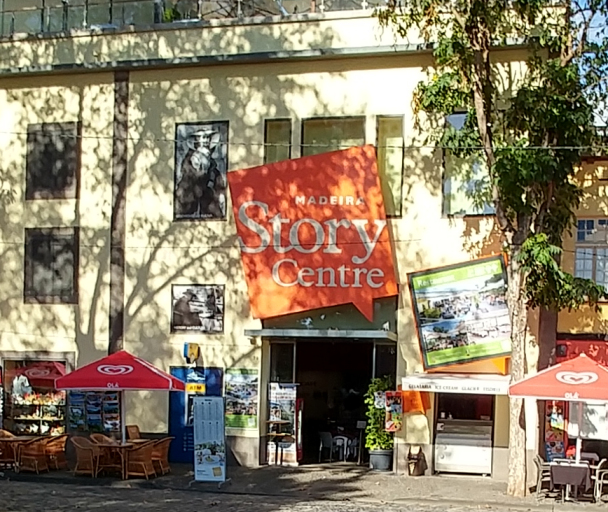 This small museum uses diaramas, text and images to tell the history of the island. Entry costs 5 euros and includes a discount voucher to use in the terrace restaurant. I spent about an hour in the museum and came out with a better knowledge of Madeira’s past.

I then walked to Funchal Cathedral in the main shopping area. Next to the Cathedral was a Christmas Market with stalls selling local crafts. Funchal clearly does Christmas in a big way and a large nativity scene, a small model village nativity, a giant model Santa, Santa’s village had taken over the Municipal Gardens and there were numerous trees and strings of lights. 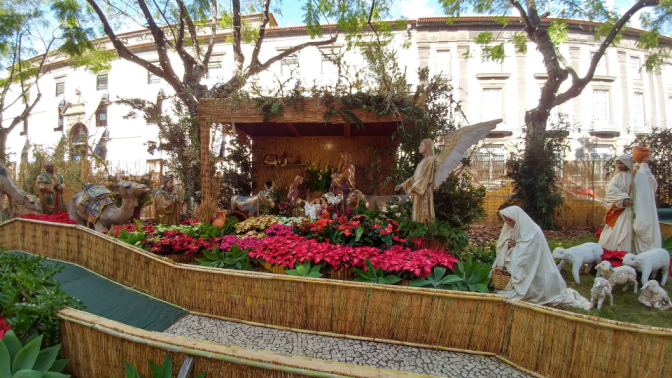 Today I had booked to do the Marocos Mimosa Levada walk with Lido Tours. I was picked up from the hotel by minibus just after 9 am. There were five of us doing the walk and we headed out of Funchal to Marocos. The journey took about 25 minutes and along the way our guide, Rosa, told us a little of the history of Madeira and the origin of the levadas.

We began our walk at a steady pace. Being December many of the plants lining the levada had finished flowering but Rosa made frequent stops to point out plants that were used for cooking, decoration and medicinal purposes. 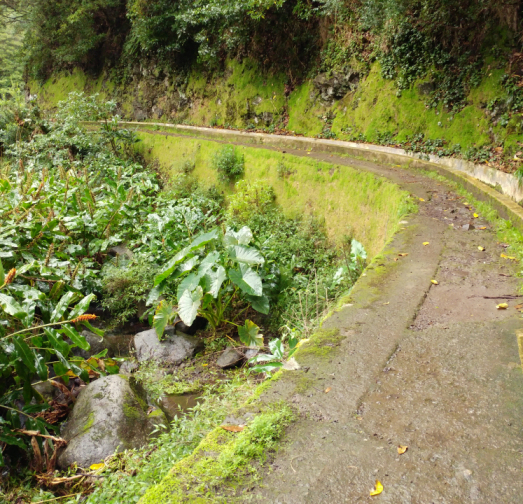 The walk is mostly flat but the ground is sometimes uneven so you have to concentrate to be sure not to slip. This levada is also high up and at times drops away at the side of the path. 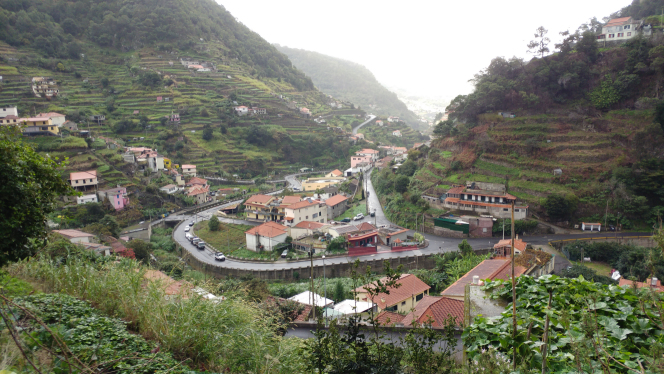 It you suffer from vertigo this walk is not for you. At the end of the walk we stopped for a hot drink before driving back to the hotel.

I spent a lazy day at the hotel enjoying the view from the hotel, a swim in the heated indoor swimming pool and walking around the grounds of the hotel. 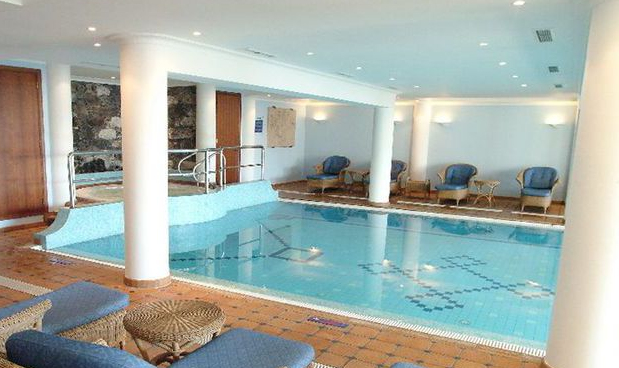 Today I had booked an East Island tour with Madeira Seekers. I was collected from the hotel at 8.30 by our guide Luis. After collecting other travellers the tour began. First stop was Camacha, famous for being the place where the first football match was played in Portugal. Camacha is also home to a wicker factory and we were able to look at traditionally crafted pieces.

Leaving Camacha we climbed into the mountains and stopped at Pico Ribeiro 1800 metres above sea level and the third highest peak on the island. We were high above the clouds and got some spectacular photos. 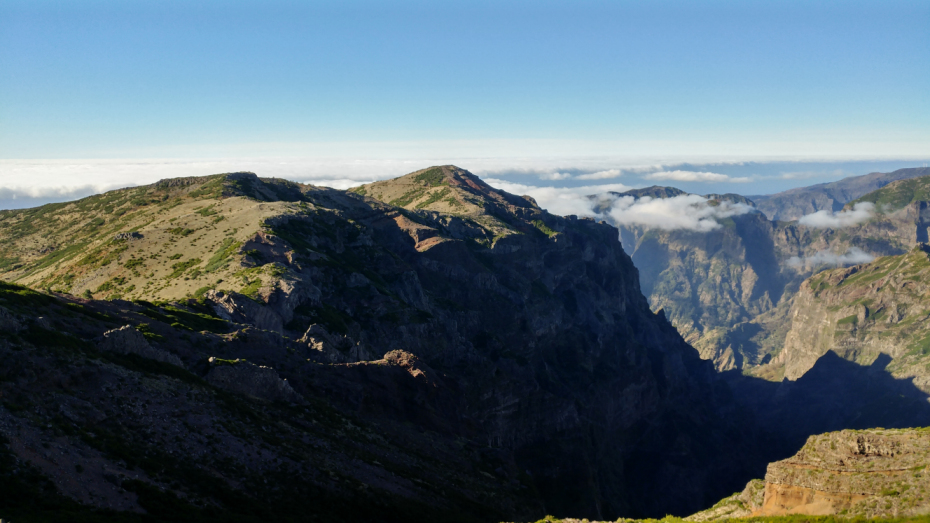 Next stop was a section of the Laurel Forest Levada walk where we walked to a viewpoint that looked across the peaks.

We returned to the minibus and were taken to Restaurant Grutas for lunch. The restaurant is built inside a cave and our three course meal with wine was delicious. 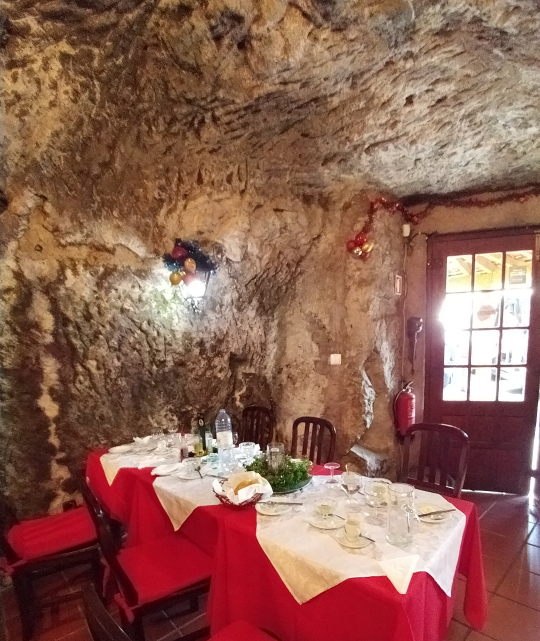 Feeling refreshed it was back to the minibus and on to Santana to see the typical triangular houses.

Another viewpoint outside Marocos was followed by our last stop in Machico, the second largest city on the island and the place where the first settlers landed. Luis was very knowledgeable and filled us in on the history and culture of everywhere we went.

This was a lazy day at the hotel sunbathing round the pool, reading and in the gym. 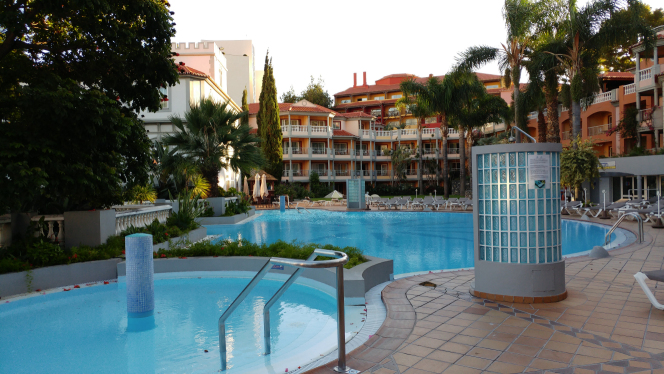 Walked into town and took the cable car up to Monte. The entrance to the cable car is in the old part of Funchal on the seafront and the cost was 16 euros for a return trip. There were packages available where you could purchase additional tickets with the cable car at a reduced price saving a few euros. The trip to Monte takes about 15 minutes and offers spectacular views over Funchal and the coast. 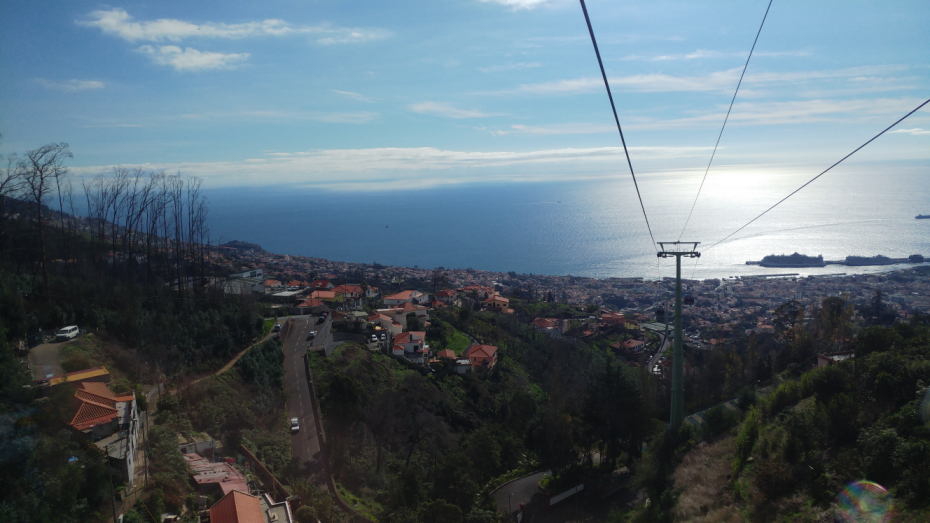 At the top it is a short walk to the church at Monte. 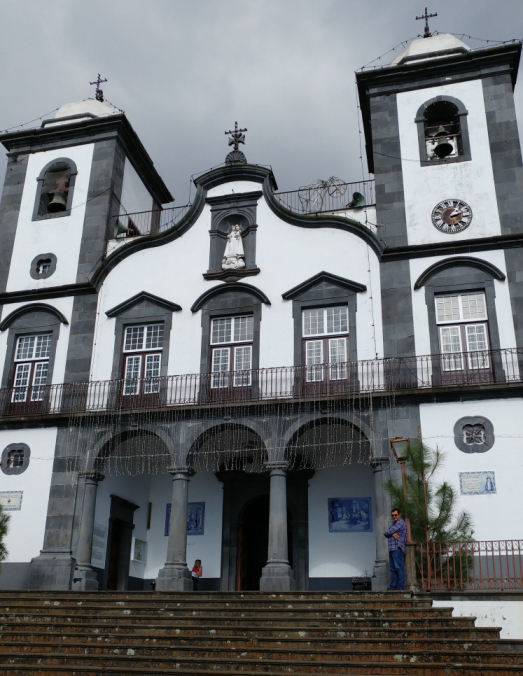 The church is beautiful inside and worth a visit. Just below the church it is possible to take a traditional toboggan ride but I opted to watch rather than partake. The gardens at Monte are also worth a visit and I was told they are particularly beautiful in the Sprin