This cruise, taking in Cyprus, Syria, Egypt and Israel was booked with Thomson Cruises in 2008.

We flew with Thomson airlines to Paphos, Cyprus arriving in the early afternoon. We were then taken by coach to board the ship at the port of Limassol. The ship left port at 11pm bound for our first destination, Syria.

There was a strict protocol for disembarking into Syria and passport inspection was a lengthy process. We therefore decided not to venture into Syria but to stay on board the ship enjoying the sunshine. From the deck of the ship we were able to watch comings and goings in the port and we could plainly hear the call to prayer. 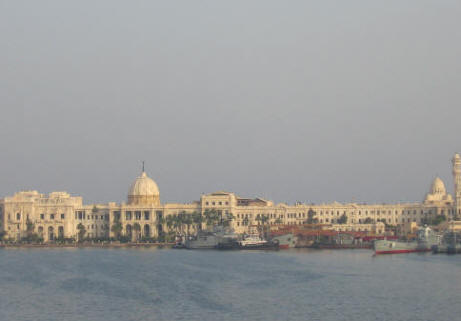 The ship had sailed to Alexandria overnight and we woke up to see this beautiful facade from our cabin window.

We had opted to visit the El Alamein battlefield, museum and war graves today and so after breakfast headed out to the waiting coaches. After driving for some time we reached El Alamein and looked across the rugged landscape. This was the site of the desperate fight for control of North Africa in 1942. 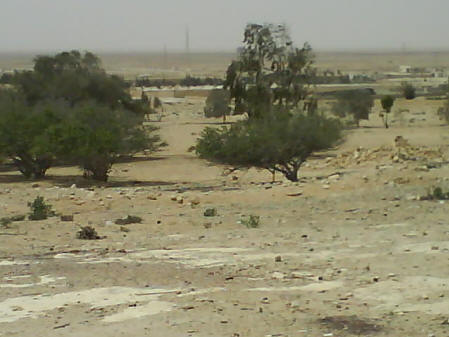 The battles for El Alamein were fought between the allies, commanded by General Montgomery (the desert rat) and an Axis force, commanded by Field Marshall Erwin Rommel (the desert fox). The first battle was fought in July 1942 and ended in a draw. The second battle fought from 23rd October 1942 to 11th November 1942 ended in a decisive allied victory. It was a major turning point in the war prompting Winston Churchill to say ‘Now this is not the end. It is not even the beginning of the end. but it is, perhaps, the end of the beginning.’

The El Alamein Museum offers a wealth of information about the battles. The inside area of the museum features a range of display boards, dioramas, uniforms and photographs. 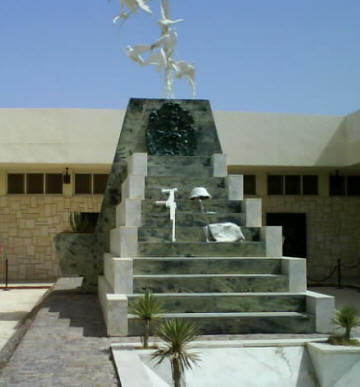 The outside area is devoted to armoured vehicles. Each vehicle is displayed on a pedestal with further details on a plaque. 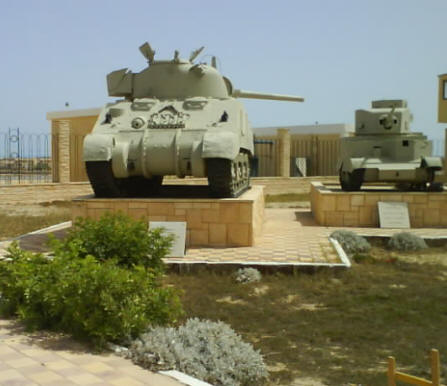 Across the road from the museum is the Commonwealth war cemetery where allied soldiers who died during the battles are buried. There is a separate cemetery for German soldiers. 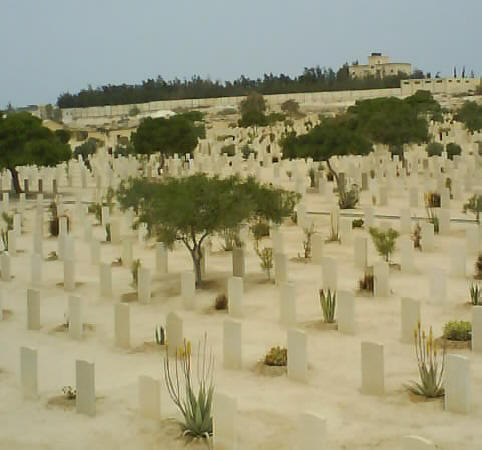 We spent some time here walking round and reading the messages and details on the simple white stones. It was a memorable and moving visit. 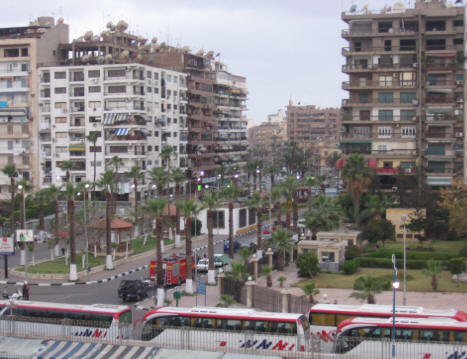 The following morning the ship had docked in Port Said. We had an early breakfast before disembarking and finding our coach. In all there were 20 coaches leaving the ship bound for Cairo. Getting to our coach was a bit of a challenge due to large numbers of locals using a range of devious tactics to persuade us to give them money.

It was a long journey (around two hours) to Cairo but there was plenty to see. Camels, horse and carts, rural farmers and armed police highlighted the different culture.

Before long we had reached Memphis, capital of the Old Kingdom. We only had a very short time here but managed to see the Memphis Sphinx and the giant statue of Ramesses II. 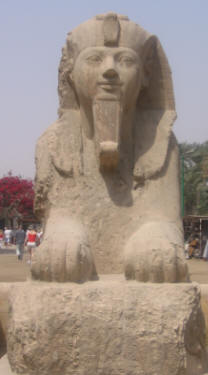 Saqqara, just a short distance from Memphis, was our next stop. Here, the rulers of the Old Kingdom were buried in mastabas – flat-roofed tombs. 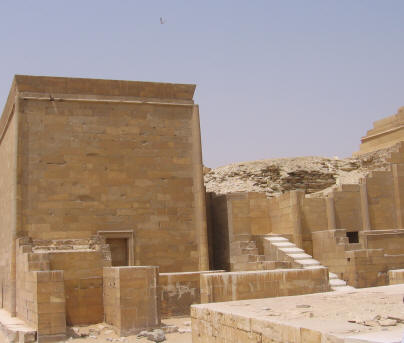 The Pharaoh Djoser asked his Vizier, Imhotep to design a bigger structure for his burial. Imhotep built a large mastaba but Djoser wanted it to be bigger and asked for another storey to be built on top. Imhotep made the second storey slightly smaller than the base. In all a further five storeys were put on top each slightly smaller than the previous. The completed structure became the first pyramid and is known as the step pyramid of Djoser. 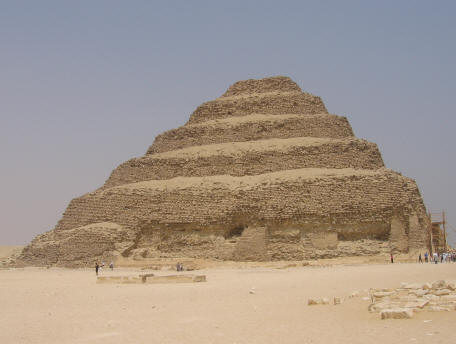 After lunch we were taken to see the Pyramids at Giza. There are three main pyramids, of which the Great Pyramid is the biggest, and five smaller pyramids. The picture below was taken from the top of the hill clearly showing the city of Cairo in the background. Most photographs of the pyramids are taken from an angle so that the city is not visible and it appears that the pyramids are in the desert. It was quite a shock to realise how close to the city the pyramids actually are.

We were able to pay to go inside the Great Pyramid and decided that it was too good an opportunity to miss. We entered through a very low passageway and had to bend at the waist to descend into the pyramid for some distance before we could stand up straight. 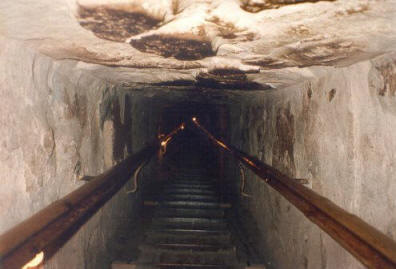 A lot of people suffered with claustrophobia and didn’t make it to the inner chamber but we kept on going and eventually reached the Queen’s chamber. After soaking up the atmosphere we made our way out into the sunshine.

Once back on the coach it was just a very short journey to see the Sphinx. The traditional image of the Sphinx, with the Great Pyramid behind makes the two appear much closer than they actually are. It also hides the fact that if you turn around you can see a busy street with shops and a McDonalds. 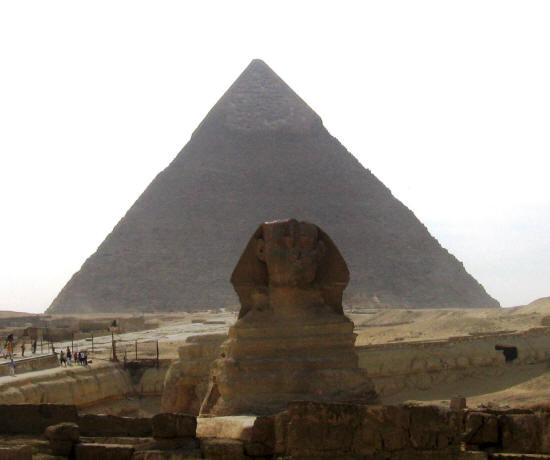 Our final stop for the day was a shop which gave us a demonstration on how to make papyrus. We then headed out of Cairo and back to Port Said. We rejoined our ship about 14 hours after we had left in the morning.

We were up early again with another long day ahead. After the heat of Egypt we were shocked to find that the temperature in Israel was several degrees lower. 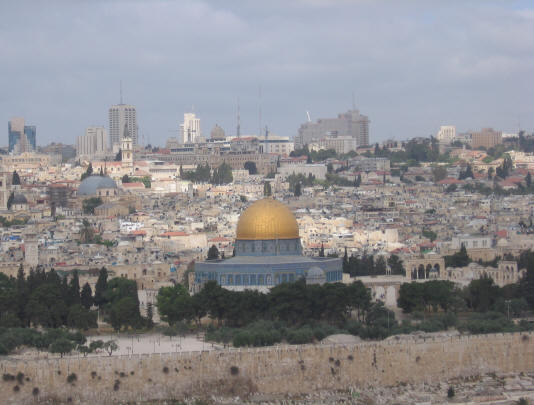 We stopped high above Jerusalem to photograph the famous golden dome and look out over the city. Our guide told us a little of the history of the city.

Once back in the coach we headed out of Jerusalem past the wall that separates Israel from the Gaza Strip.

After a while the landscape began to change and the temperature had risen. We stopped to visit the fortress of Masada. 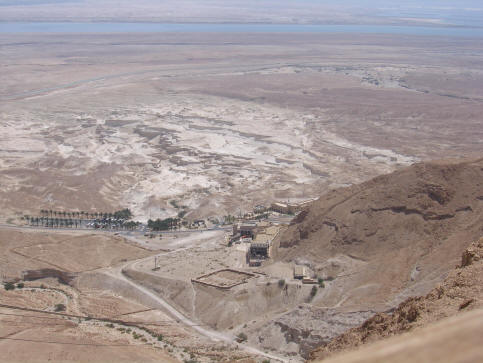 The Masada fortress sits high above the Dead Sea, close to where the Dead Sea Scrolls were found. It was constructed during the time of the Roman Empire by King Herod as a refuge for Jewish people.

The story is told that when it became obvious that the Romans could not be stopped, Herod ordered a mass suicide rather than face any Jew being taken prisoner. 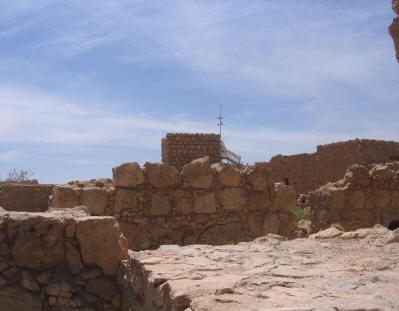 After spending sometime walking around the fort we made our way back to our coach to be taken for lunch at a hotel. We spent the afternoon sunbathing and floating in the Dead Sea.

Although our ship was docked in Israel for a second day, we remained on board relaxing after the last three very hectic days.

The following day the ship returned to Cyprus and we flew back to Gatwick.