This was a five day sort break taken in November 2011.

We travelled with EasyJet from London Gatwick to Toulouse in France. Upon arrival we collected our hire car and then drove to the cottage we had rented in the village of Cuxac-Cabardes. 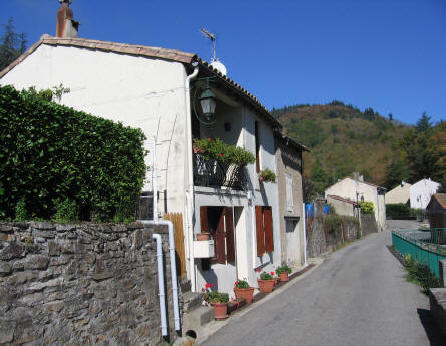 We spent our days exploring the surrounding area by car and on foot but we also made two day trips. 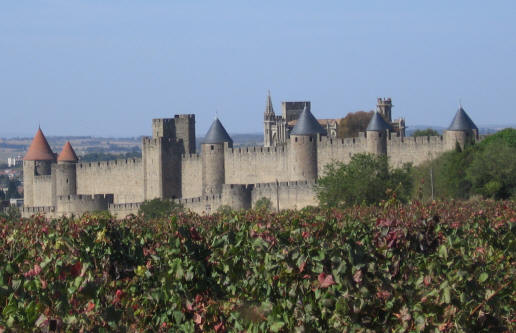 Carcassonne is a restored medieval walled city in southern France and an excellent place for a day out.

The city was first used as a stronghold by the Romans in 100BC who identified it as having a good defensive location. Carcassonne withstood an assault by King Edward III of England during the Hundred Years War.

The city is built in the style of a concentric castle with inner and outer walls. There is no charge to enter the outer walls. Within the walls you can wander the picturesque narrow streets and browse quaint craft and gift shops. There are also plenty of cafes and restaurants. 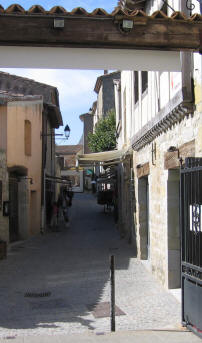 It is possible to walk around the outer walls where you can enjoy magnificent views of the surrounding area. 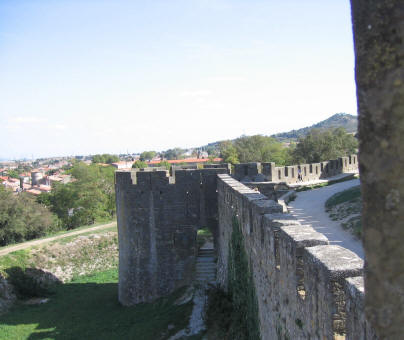 There is a charge to go into the inner area. However, it is worth doing because the rooms are full of artefacts and  information boards that tell the history of Carcassonne.

Pope Urban II blessed the Cathedral within the walls in 1096, the year he launched the first Crusade.

It is possible to go inside the cathedral and on the day we went a choir was singing which was nice to listen to. 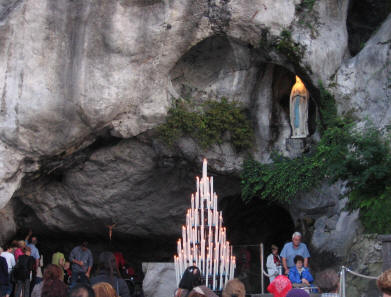 I had always wanted to visit the town of Lourdes at the foot of the Pyrenees. As a child I had seen the film ‘Song of Bernadette; about a young girl who had a vision of the Virgin Mary in a grotto and discovered a healing spring.

We had to drive through the town of Lourdes to reach the grotto. It was over-commercialised and  full of rather tacky souvenir shops selling cheap plastic figurines. 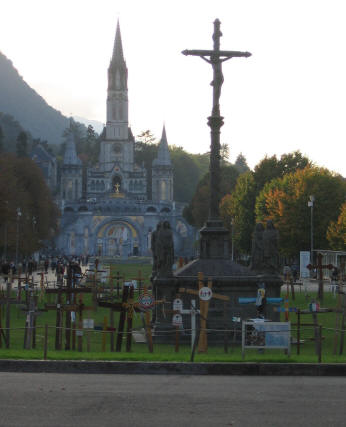 Pilgrims have left crosses in the area outside the grotto and these are left on display. You can only visit the church, seen in the background, at specified times. Outside of these times the church is locked. This seemed rather strange for a site of pilgrimage.

The original grotto has been preserved and a statue of the Virgin Mary has been placed in the spot where she was seen by Bernadette. 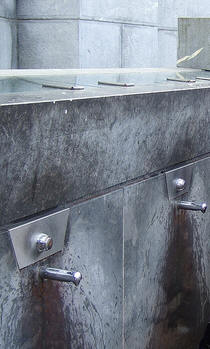 The Holy water of Lourdes has been routed to come through a row of taps so that visitors can use the water. For a small donation visitors can get a commemorative bottle to fill with water. We thought it was very sad to see people with large gallon containers taking the water to sell on Ebay. 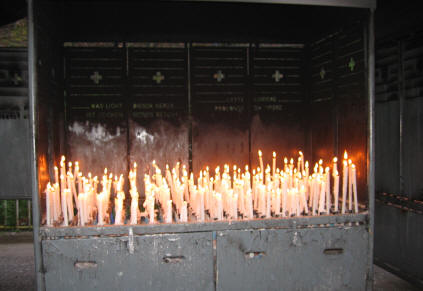 For a donation, you can light a candle and leave it near the grotto. However, before the candles had all burnt out they were cleared away by workers at the site to make room for the next lot of candles. Further evidence of commercialism not really in keeping with the place.

Every evening there is a candlelit parade followed by a service and the singing of ‘Ave Maria’. My friend volunteered to sing with the choir and I climbed up to the balcony of the church to watch the procession. This really was the highlight of the visit. Despite being surrounded by people of all nationalities there was a very nice sense of friendship. 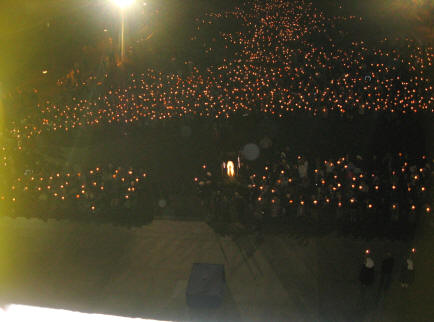 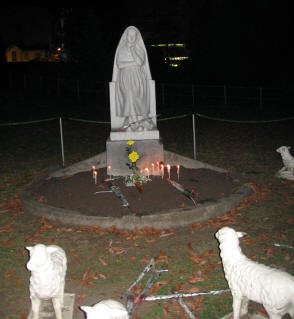