This was a 12 day all-inclusive tour taking in Beijing, Xi’an, Chengdu and Shanghai with One Traveller in 2013.

We flew from Heathrow to Beijing with British Airways landing in Beijing at about 11am local time. After clearing customs and immigration we were taken to a local Chinese restaurant for lunch.

Beijing is the capital city of China with a population of around 25 million. We were immediately struck by cleanliness of the streets. However, the level of air pollution was staggering. Throughout the three days we were in Beijing the sun was unable to break through and there was a constant chill in the air.

After enjoying our first meal in China and experiencing chopsticks we headed off to the Temple of Heaven. 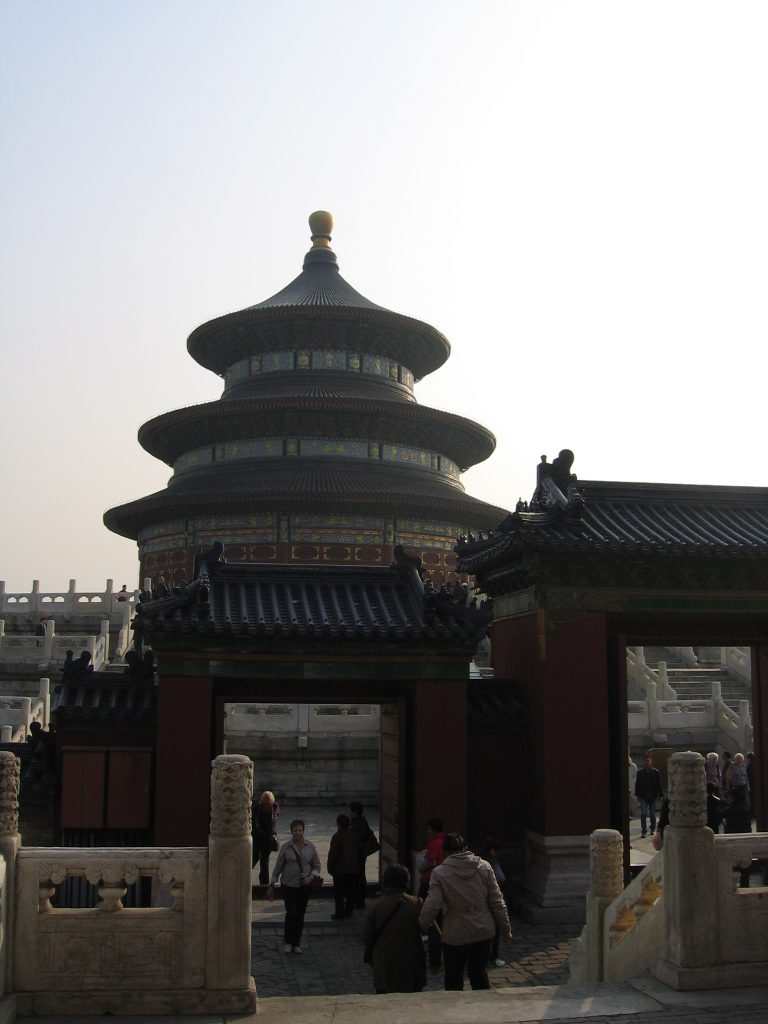 The Temple of Heaven was built during the Ming dynasty to make sacrifices to heaven and is a large complex of religious buildings. We were given free time to explore and take a first look at Chinese traditional architecture.

After an evening meal it was early to bed as many of us had been up for more than 24 hours. The beds in China are quite hard but I was prepared for this and enjoyed a comfortable night on my inflatable mattress.

After an early breakfast we were back on the bus, this time heading to Tiananmen Square. I was quite excited to see Tiananmen Square and interested to know where the tanks had been during the 1989 protests. However, our local guide, like most of the younger population had no knowledge that the event happened. She believed it to be a fabrication of the American government. Censorship in China is such that an internet search of Tiananmen Square Protest led to my browser being instantly shut down.

Tiananmen Square is the largest square in the World and I was a bit disappointed that were were only given 20 minutes free time in the square. I was keen to walk the perimeter and just managed it in the allotted time. 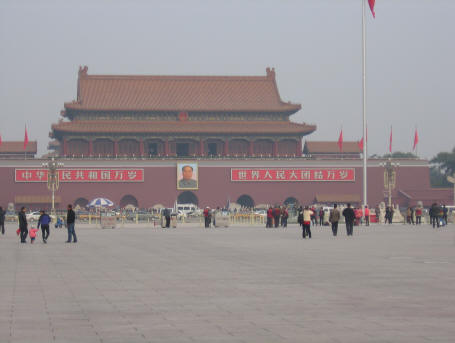 Leaving the square we passed through the archway beneath the prominent image of Chairman Mao and entered the Forbidden City.

After lunch we were taken to the Summer Palace, the Emperor’s summer retreat. Passing by two stone dragons guarding the entrance, we took a leisurely walk around the vast lake before boarding a dragon boat for a ride across the lake. 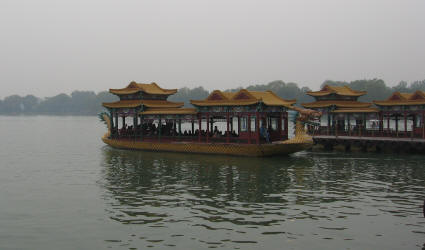 After our evening meal we were treated to the Peking Opera. It is definitely not opera as we know it but it was very entertaining, very funny and very loud.

The next morning we were taken to visit the silk factory where we were given a talk on how silk is made. We were also shown how silk duvets are put together and were given the option to buy locally produced silk pillows, duvets and garments. 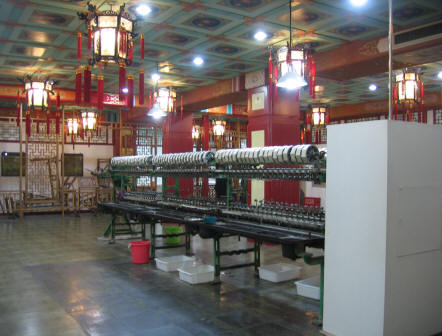 Leaving the factory we went to the Sacred Way where we walked for about a mile along a tree and statue lined walkway to the Ming tombs. 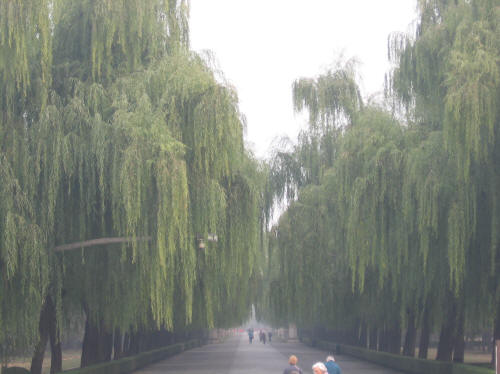 After lunch it was the highlight of the tour for me; a visit to the Great Wall at Badaling. I was very happy to learn that we would have 2.5 hours of free time on the wall and I determined to spend every minute of it on the wall.

It was about 3pm on a chilly misty (polluted) day when we arrived at the wall and I was initially a bit disappointed that visibility was quite poor. But after 20 minutes walking away from the main section at Badaling I found I was almost completely alone on the wall which made the experience even more memorable. I walked for about an hour and fifteen minutes reaching the 7th Tower before turning back. 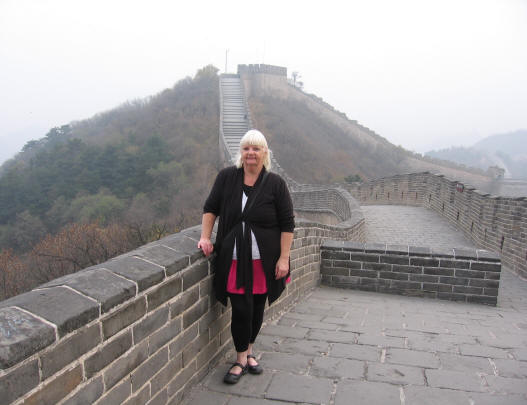 I was amazed by how steep some sections of the wall are and when going downhill I clung to the hand rails at the side. Despite the poor visibility the view from the highest towers was well worth seeing and being able to walk alone for much of the time remembering the history of the wall made this, without doubt, the most memorable part of the holiday.

The next morning was an early start for our morning flight to Xi’an. We arrived late morning and our first stop was the ancient city walls. It was a very foggy morning and visibility was poor. I had hoped to be able to hire a bicycle to cycle around the walls but due to time constraints had to make do with a brisk walk on the walls. 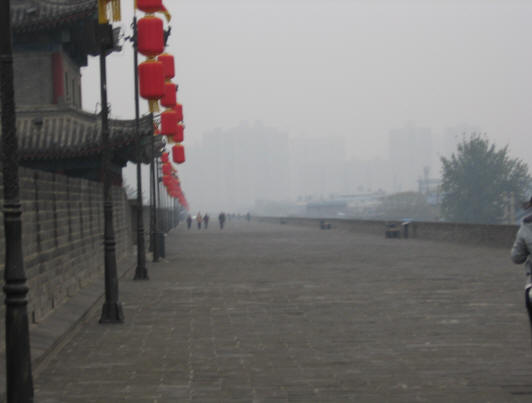 We then went to a local restaurant for lunch before spending the afternoon visiting the Small Goose Pagoda and trying our hand at calligraphy. In the evening we had a traditional dumpling dinner and watched the Tang Dynasty Show which was very enjoyable. 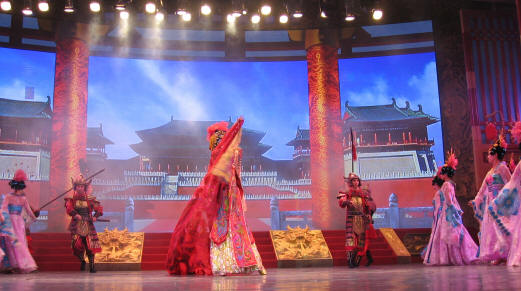 The next morning we headed out of the city to see the world famous terracotta army.

The impressive terracotta army that was built for the tomb of China’s first emperor Qin Shi Huang was discovered in 1974 by a group of local farmers who were digging a well. 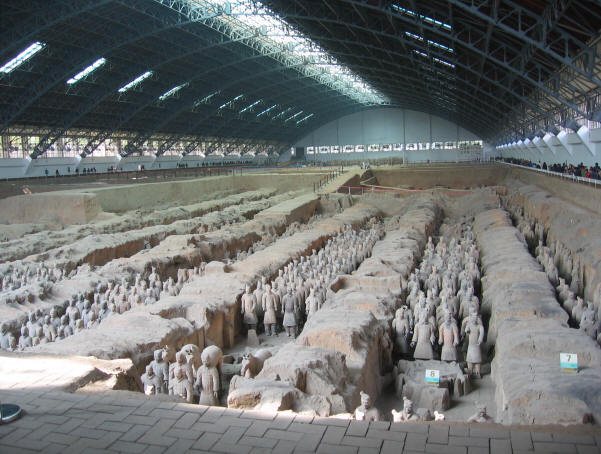 On the day of our visit one of those farmers was signing copies of a book about the warriors.
We were lucky enough to be able to spend the entire day at the site which meant that we could take our time and see all the exhibits including the horses and chariots.

The next morning we had another early start for our short flight from Xi’an to Chengdu.

After lunch we were taken to Jin Li Street. This is a delightful open-air style shopping area where you can buy typical Chinese souvenirs as well as many different types of food and snacks. 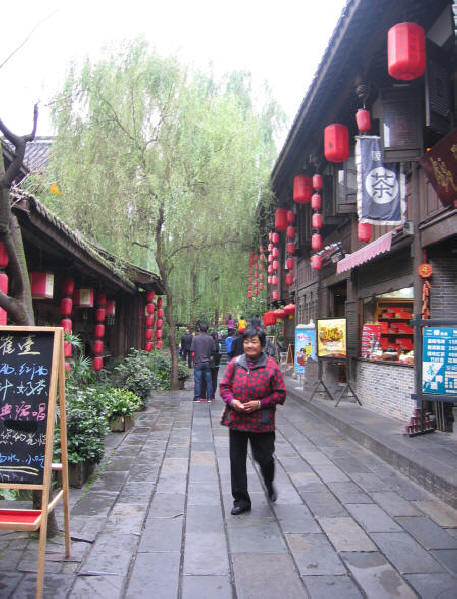 We had originally been tempted to try some typical snacks. However rows of blackened rabbit heads on sticks was somewhat off-putting to our western stomachs.

In the evening we visited another typical Chinese show. This one featured a range of variety acts. It ended with a face-changing show where masks are put on and removed at rapid speed.

The next day was the second highlight of the tour – a visit to the Chengdu Panda Breeding and Research Centre. I decided to take the optional extra and pay to go ‘up close’ with a young panda. Some people on the tour thought we were crazy to pay 2,000 CNY (₤200) for a maximum of 2 minutes with a panda but I think it was worth every penny.
We were treated like VIPs by the panda handlers who were happy to answer all our questions. We were given a goody bag of photos, DVD, T-shirt, panda pin and donation certificate. It was a day I will remember for ever. 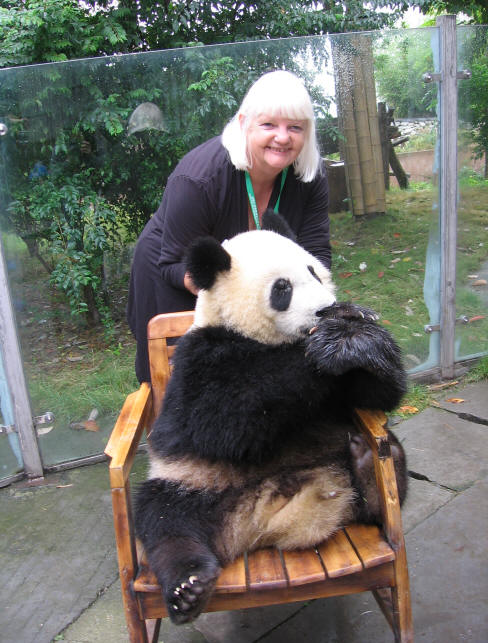 After our panda experience we had lunch in the centre’s restaurant. We then spent the afternoon wandering around the centre watching pandas lazing and playing in the sunshine.

The next morning we took another flight to the East of the country and the city of Shanghai.

After leaving Shanghai airport we took the high speed magnetic train into the city centre. First stop was the iconic Bund. Sadly, the air was very polluted but nevertheless the modern buildings were still an impressive sight. 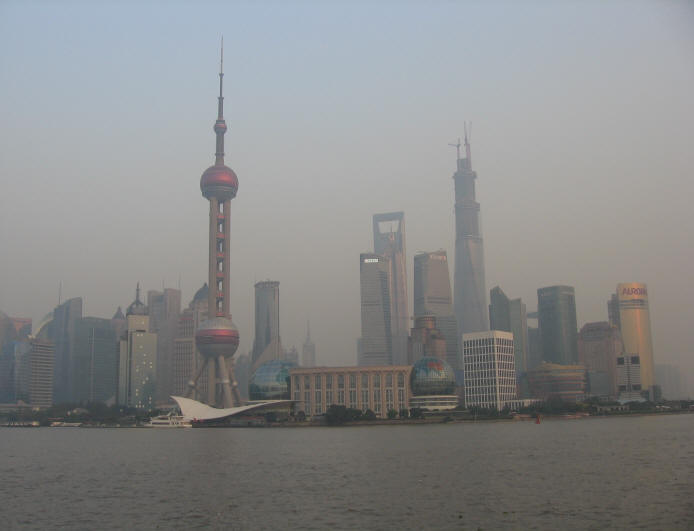 After dinner we took a night-time boat ride along the waterway to see the city illuminated which was quite impressive.

The next day started with a visit to the Yu Yuan gardens and shopping area. The gardens were typical of Chinese gardens featuring green trees, water and stone. 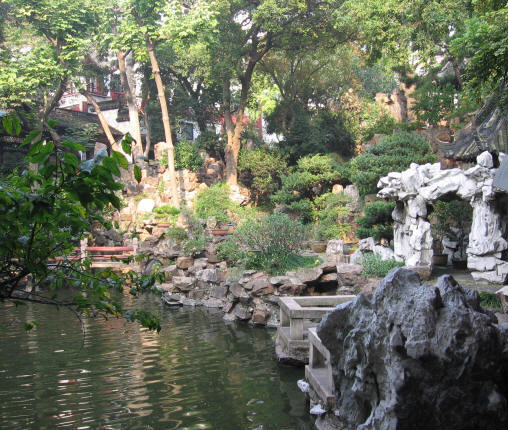 A visit to the bazaar came next and some serious haggling for the best prices on souvenirs to take home.

After lunch we visited the Buddhist monastery and were hypnotised by the monks’ chanting before experiencing a tea tasting session.

Dinner in the evening was followed by a visit to see the Shanghai acrobats.

Our last day in China began with a drive to the outskirts of Shanghai and the water town of Zhujiajiao. This was an amazing place and we spent a very enjoyable morning wandering through the maze of narrow streets haggling for bargains. 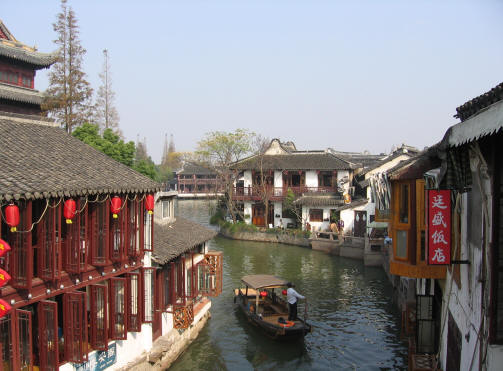 We had a traditional lunch in the town before returning to Shanghai city. Next was a visit to the top of one of the city’s tallest buildings. Sadly due to the pollution it was difficult to see the city clearly. Afterwards there was just time for a walk along the Nanjing Road before returning to our hotel.

We had a farewell dinner that evening and reminisced over our time in China and our favourite moments. All too soon it was time to return to the hotel to finish packing ready for our flight to England the next morning.

It had long been my dream to visit China and without doubt it was an amazing trip jam-packed with experiences. I will remember the trip for ever, especially walking along the Great Wall and being close to a panda. But also the things that cant really be put into words – the culture, the people and the way of life.

I loved Beijing, Xi’an and Chengdu and would go back again if I ever get the chance. As for Shanghai, I wouldn’t go back. Although the water town was an amazing place, the city did not excite me at all. The buildings were quite impressive but otherwise there was little to distinguish it from any other major city in the World.

One Traveller was a good company to travel with especially for a single traveller. Everything was well planned and our One Traveller guide was very efficient and made sure that everything went smoothly.