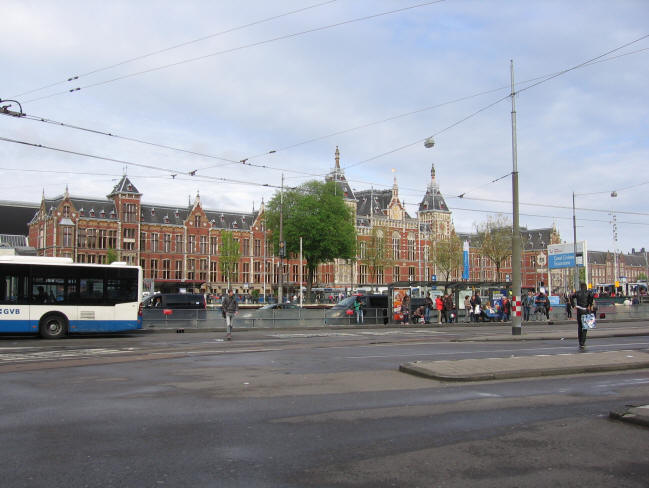 After checking into our hotel we took the bus back to the city centre. The public transport is very good in Amsterdam and a 24 hour bus/tram ticket costs €7,80.

The city is laid out in a semi-circular pattern of roads and canals so it is quite easy to navigate on foot or by public transport. Our route on foot took us past a number of coffee shops and the famous red light district.

We decided to eat in the city and were shocked at the price of the food in the restaurants. For an average two course meal with a drink and coffee you can expect to pay €25 – €30. This was the only time that we ate in a restaurant.

On the way back to our hotel we stopped at a supermarket and bought some bread, cheese, cold meat and fruit for breakfast. We also bought some cup-a soups, crisps and snacks which saw us through the rest of the trip.

We decided to visit two museums today, the Museum of Dutch Resistance and the Anne Frank House.

After taking the bus to the city centre we walked a short distance to the Museum of Dutch Resistance. This is a small museum located on the outskirts of the city which we felt fitted with a visit to the Anne Frank House. The lady behind the desk told us that old age concessions were reserved for citizens of Amsterdam, so we paid the full adult price of €8.50.

The museum is full of information, pictures, newspaper cuttings and personal stories labelled in both Dutch and English. It took us around 2 hours to read everything the museum had to offer.

Leaving the museum we walked north towards the nearest tram line. After a short distance we came across a rather nice cafe where we stopped for coffee and a slice of delicious carrot cake. 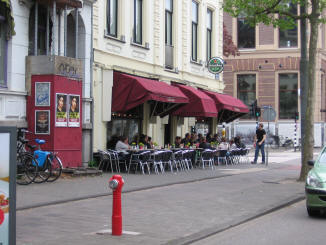 Feeling refreshed we took the tram across city to Prinsengracht and joined the queue for the Anne Frank House. It is possible to book tickets in advance and avoid queuing but we hadn’t done this.. 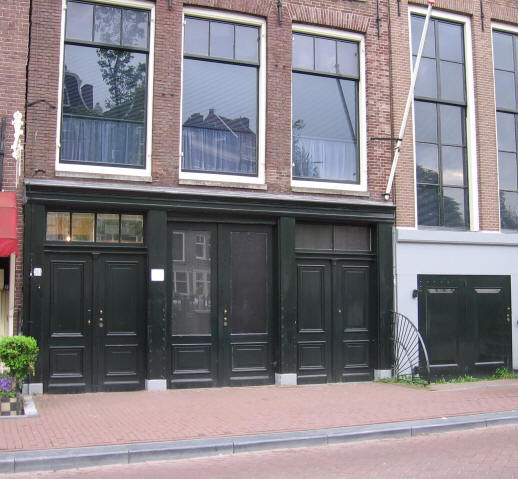 It took us about 45 minutes to reach the front of the queue and after paying the entrance fee of €9,00 we followed the path to the main building.

Everything has been preserved as it was in 1945 when Otto Frank returned to Amsterdam except that the furniture has been removed and the rooms left empty. There are pictures and information boards in all rooms to give additional information.

Next the route passes the movable bookcase that hid the annex from view and up a very steep staircase to the first floor. More stairs lead to the second floor and also to the attic (not accessible).
Leaving the top floor via a connecting corridor there is more information in another room as well as a shop and restaurant.

We decided that a trip to Amsterdam would not be complete without a boat trip on the canals. However, we wanted a personalised tour rather than the tourist boat. The Tourist Information Centre booked us a trip with Wolfgang.

We found our guide, Wolfgang, and boarded the H Mulder. Our guide was excellent and answered all our questions about the history, ;customs and people of the city. He also pointed out all the local sights and points of interest along the way.

The price of the tour was €18.75 but we considered this money well spent for the personal commentary and guide we received.

The Netherlands is famous for its windmills, clogs and cheese and the village of Zaanse Schans offers the opportunity to see all three. We took the 191 bus from Amsterdam City Centre which cost about €8,00 for a return ticket. The journey from Amsterdam centre took around 45 minutes.

On arrival we walked the short distance from the bus, through the car park, to the entrance gate. At the gate we were greeted by a photographer taking photographs of people as they entered the gate. The photos were set against a backdrop of the queue of people behind us so we politely declined and explained that they might get more sales if the photographs had windmills as a backdrop. The girl selling the photos told us that she had been selling photos for  years and she knew more about it than us.

Trying hard not to laugh we moved away from the entrance gate and began walking around the complex.
There is no charge to enter Zaanse Schans. However, the charge of €6,00 to enter each individual museum, workshop or windmill works out expensive if you want to see everything.

The shops and a few workshops are free to enter so we concentrated on those. Inside the clog shop there was a demonstration area roped off. We decided to wait and see the demonstration of clog making. A man wearing an apron duly appeared with two blocks of wood which he fastened to a machine. He then flicked a switch and walked to the other side of the room and made a phone call. Finishing the call he came back, stopped the machine and showed us the hollowed out clogs. Amazingly everyone clapped! 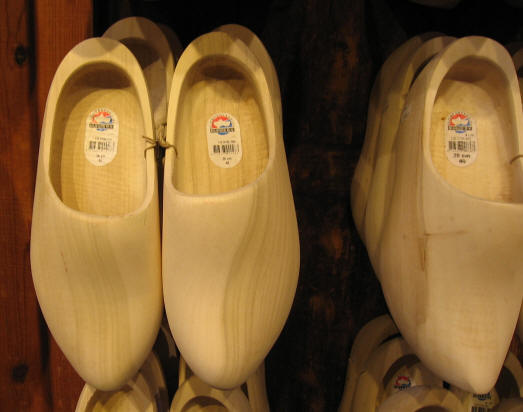 This was our last day in the Netherlands and we had decided to visit the flower gardens at Keukenhof. Although it was quite late in the season there were still plenty of flowers to see.

We took a train from Amsterdam City Centre to Schipol Airport where we left our luggage in the lockers. We then purchased a combined bus and Gardens entrance ticket for €23,00.

There are lots of flower-lined walkways around a few main exhibition buildings. At the time we visited there was a chrysanthemum exhibition, an orchid exhibition and a local artists exhibition.

As we had a late evening flight we stayed in the park until nearly 7pm. We were able to get some fabulous pictures of the flowers once the crowds had left. 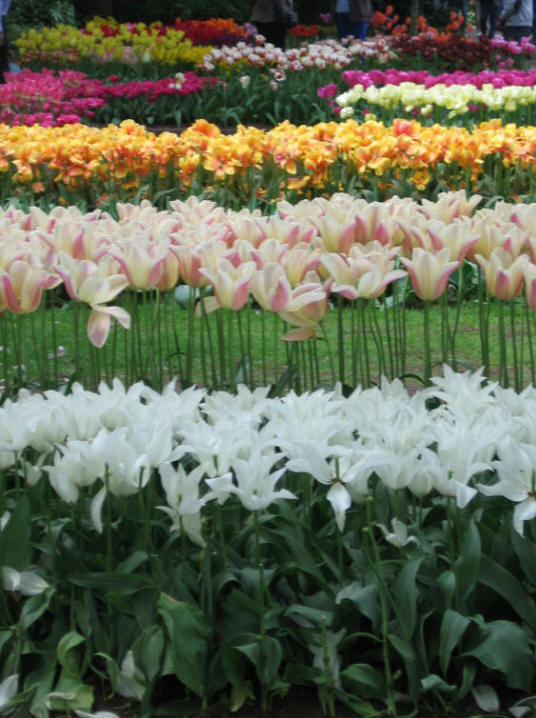 All of the flowers are labelled and it is possible to buy bulbs of any you like in the shops around the park.

All too soon it was time to go and we took a bus journey back to the airport for our flight back to Gatwick.