This was a short break taken in the summer of 2008.

We took an early morning Channel Tunnel crossing from Ashford to Calais and then drove straight to Omaha Beach. The drive took longer than expected due to heavy traffic but we eventually arrived just before lunchtime. We parked the car then went to look at the beach where a large modern sculpture has been built to commemorate the fallen soldiers.  After such a long journey the beach itself was something of an anti-climax. I am not sure what we were actually expecting but it seemed rather odd that people were sunbathing and swimming in the sea. 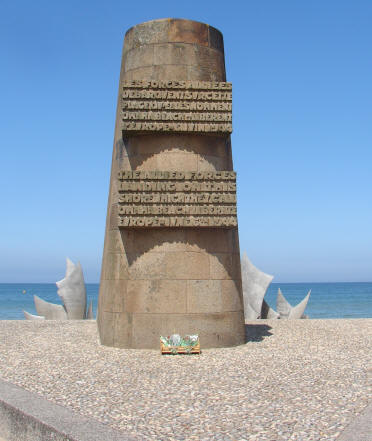 Further up the beach was a second, more traditional monument. We spent a little while looking at the two monuments then visited the D-Day museum. This is a small museum with a lot of information and interesting displays. We spent a good hour learning about the events of D-Day.

Our next stop was the American Cemetery and we were immediately struck by how well maintained the site was. 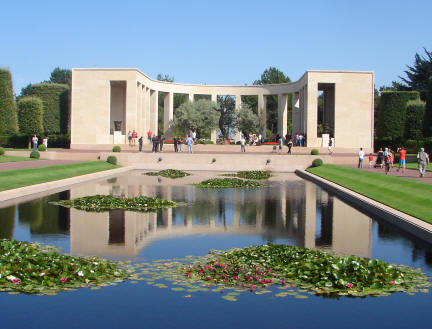 The main building (pictured above) has maps and diagrams etched into the ceiling and the walls which help to explain the conflict. Afterwards we visited the cemetery and spent time looking at row upon row of simple white crosses. We were up early the next morning and headed for Pegasus Bridge. 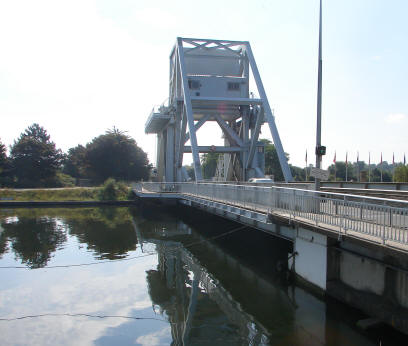 Securing Pegasus Bridge was the primary objective for British soldiers who arrived in six gliders under the cover of darkness on June 5th 1944. The capture of Pegasus Bridge was vital to the success of the entire D-Day mission and it was accomplished in the early hours of June 6th 1944. The House by the side of the bridge was the first French house to be liberated on D-Day and has now been turned into a cafe. 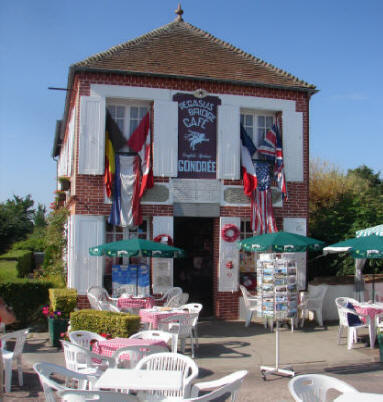 We sat outside the cafe in the warm summer sunshine enjoying freshly baked croissants and coffee.

Leaving Pegasus Bridge behind, we headed to the Merville Battery about 5 km to the north-east of Pegasus Bridge. The Merville Battery was a Germany Gun Battery positioned to fire shells on the troops landing on Sword beach. Men of the 6th Airborne Division were given the task of capturing the battery and destroying the guns positioned there. Although many paratroopers failed to make the rendezvous point, the attack went ahead and the battery was captured. The pictures below show the reinforced concrete battery and a field gun. 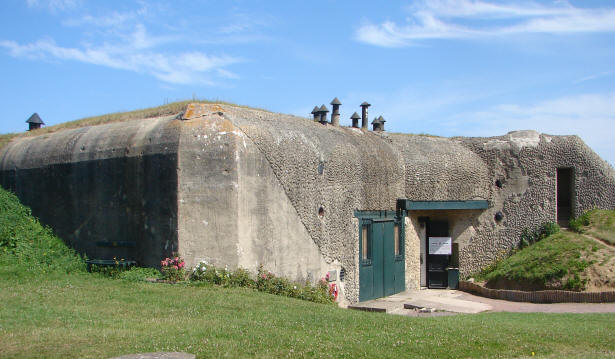 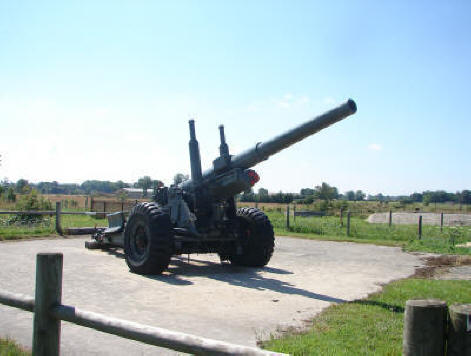 We spent some time reading the information boards and looking at the displays. Soon it was time to begin our journey back to Calais and Dover.

Although this was a very short trip we learnt a lot about the D-Day landings and first days of the offensive.